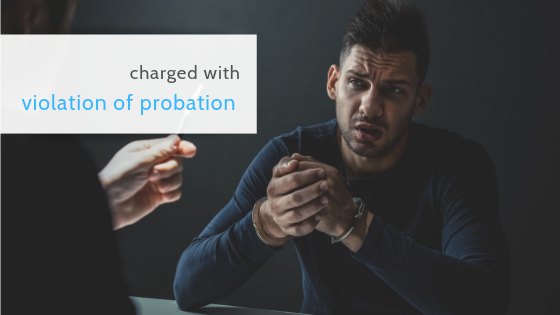 From time to time, a person will be accused of a crime, will get probation, and then, at some point, his or her probation officer will make out an affidavit charging the person with violation of probation.  With the Department of Corrections currently supervising 166,000 people in the State of Florida at this time, it’s no wonder that there is occasionally a violation of probation.

When this happens, there are a couple important things to know.

What Proof is Required for Initiating a Violation of Probation?

The probation officer must swear to a willful and substantial violation of the terms of the person’s probation.  Probation is essentially a contract between the accused and the court.  There are “standard” conditions of probation (the most commonly discussed include the notion that a probationer is expected to live out in society without committing any new law violations and the probationer is expected to refrain from using any illegal drugs and often has to agree to be subject to random drug testing).  There are also “special conditions of probation” that also have to be specifically stated on the record in open court.  Typical special conditions may include staying out of a certain high-crime area or refraining from congregating with gang members, just to name a few.  But any reasonable special condition of probation to which the parties mutually agree will generally be enforceable against the accused.  If the probation officer believes that any of these conditions have been violated in a willful and substantial manner, they can file an affidavit of violation of probation, and a warrant will be issued and the probationer will be brought before the court, at which time he or she is entitled to counsel.

In a normal criminal case, the accused is presumed innocent, and part of giving meaning to that right is that there is a presumption in favor of setting some amount of bond for a person.  This is typically so that the accused can make bail while awaiting trial and keep their affairs in order and participate in their own defense.  The accused may not be happy with the number, but there is a basic presumption in favor of the judge setting some number as an appropriate dollar-amount for bond.  This is not the case in a violation of probation proceeding.

In a normal criminal case, as almost everyone knows, the government must produce all the evidence and persuade a judge or jury that the accused is guilty beyond and to the exclusion of any reasonable doubt.  A violation of probation proceeding is different.  The government only has to make their case by what’s called “a preponderance of evidence.”  This is a “more likely than not” standard.  It is obviously substantially easier for the prosecution to make their case in this scenario.

A violation of probation hearing is also different from a normal trial.  For one thing, the government in some circumstances is actually allowed to call the defendant as a witness, for the limited purpose of proving that he is the correct person before the court and that he was indeed on probation at the time in question.  That would obviously never be allowed in a normal criminal case.  In addition to having a lower burden, the government is also allowed to affirmatively use hearsay as substantive evidence in a violation of probation proceeding (as long as it’s not the only evidence against the probationer).

In the violation of probation context, the notion of “time served” is different.  In a normal criminal case, a judge will sentence a person, for example, to “a year in the county jail with credit for time served in the amount of 180 days.”  This means in essence that the person’s total sentence is a year, but they have credit for six months.  So they owe the remainder, another six months in jail.  In the violation of probation context, let’s say that the person accused of a third-degree felony, and he pleads to it in exchange for three years of probation.  Two years into his probationary term, the probation officer alleges a violation of probation.  The judge revokes his probation and reinstates it (in other words, the judge wipes the slate clean as to his previous violation but gives him a new term of probation to set forth on, rather than sending him to prison) and reinstates it with a new term of two more years starting right then and there on that day. This is permissible because the total exposure on a third-degree felony is five years (of prison or probation), the probationer has two years’ time under his belt, and the judge is giving him an additional two years.  Two and two is still less than five, so this is permissible.  What the judge cannot do in this scenario is to give the probationer an additional term of four years, because that would amount to a total amount of probation in excess of the statutory maximum for a third-degree felony (five years).

In this scenario, the judge could also sentence the person to any amount of incarceration that does not surpass the statutory maximum for whatever crime they are on probation for.  Sometimes people rationally choose to take a smaller dose of incarceration rather than a longer term of probation, because probation is notoriously hard to actually comply with and complete.  Some even say that probationers are “set up to fail.”

One thing that an attorney can do in these situations (aside from contesting the case) is to attempt to negotiate a fair resolution with the government or to try to negotiate for favorable conditions, such as the probationer being able to “early terminate” probation at some point.  Early termination of probation typically means that, if a probationer has all of their other obligations up to date, he can be “early terminated” either at that point, or after a certain period of time, or sometimes at the half-way point.  A seasoned attorney will know how to discuss this.

In any event, there are options.  Having a skilled attorney to help you navigate these waters can make all the difference.  The Weisman Law Firm handles violation of probation proceedings for people in and around the Gainesville, Florida area.  Feel free to contact The Weisman Law Firm for a free, confidential consultation.