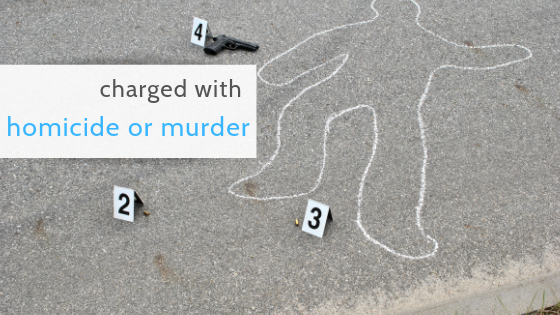 Homicide, simply put, is the unlawful killing of another person. It is governed by Florida Statutes section 782.04, which spells out the various ways that a person can be guilty of murder. Homicide and murder charges are among the most serious charges a person can face.

First-degree murder is typically an unlawful killing when premeditation is an aspect of the case. Premeditation can take different forms. Proof of an elaborate plot is the type of evidence the government likes. Often, when the premeditation is alleged to have been formulated more quickly, there is a defense present that an attorney can explore and develop. A death in connection with a number of enumerated predicate crimes is also on the books as first-degree murder, but prosecution under these theories is less common. First-degree murder is a capital crime, which means that upon conviction, the only two penalties are either the death penalty or life in prison without the possibility of parole. So if you’re looking for high stakes, you’ve come to the right place.

Second-degree murder is defined as:

The unlawful killing of a human being, when perpetrated by any act imminently dangerous to another and evincing a depraved mind regardless of human life, although without any premeditated design to effect the death of any particular individual…

This basically means that the government is not going to try to prove premeditation, but they need to prove that you did some act that killed another person and it was either purposeful or it was so brazen, dangerous, and reckless that it shows you were conscious of the dangerous condition you were creating and you knowingly disregarded the danger to others. Second-degree murder is a first-degree felony punishable by life.

There are a number of other types of homicide, with varying penalties. Manslaughter, vehicular homicide, and culpable negligence are just a few of the theories that the government can use to prosecute people for being involved in the killing of another. These are typically still serious felonies, but not as harsh of a penalty as for first or second-degree murder.

Another theory on the books that the government can use to prosecute people when someone is killed is called the “felony-murder rule.” The felony-murder rule basically means that even if you’re not the “trigger man,” if you are participating in a serious felony (the predicate felonies are all spelled out in the statute), and if someone else dies, you’re on the hook for murder. The degree of this crime depends on the circumstances. So for example, if two guys are voluntarily participating in a robbery, and one of them shoots and kills someone, the second guy can be charged with felony murder. Similarly, if the same two guys are robbing a convenience store and an armed security guard starts slinging lead and someone dies, that can also be felony murder (chargeable against the robbers, not against the security guard). One defense to a felony-murder charge is that the death was unrelated to the commission of the underlying felony, or that it was not reasonably foreseeable that things would have turned out the way they did.

Common defenses to homicide charges include self-defense, insanity, necessity (or duress), eyewitness misidentification, false confessions, alibis, and voluntary intoxication (in some circumstances). The corpus delicti rule sometimes provides avenues for the defense in these sorts of cases, as well.

In any event, The Weisman Law Firm handles homicide charges for people accused of crimes.  The founders had the sense to establish the constitutional principles that we’re all presumed innocent until proven guilty, the burden is on the state to prove a person’s guilt beyond a reasonable doubt, and that any person accused of a crime is guaranteed effective representation.  If you, a friend, or a loved one has been accused of a crime like this, feel free to contact The Weisman Law Firm for a free, confidential consultation.