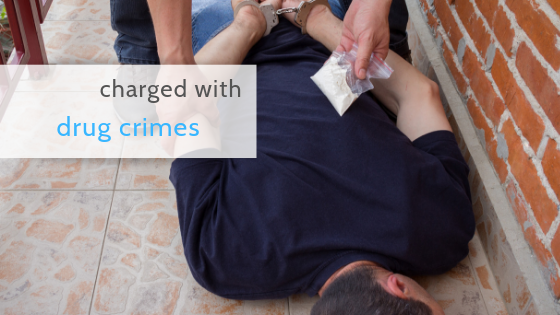 The war on drugs, and the drug charges that are brought every day in Florida and in the United States as a whole, is something that has had a huge impact on society as we know it.  Untold numbers of Americans have been arrested and charged with drug possession over the years, and, as a result, have been incarcerated and have lost other liberties such as voting rights, the ability to serve in the armed forces, and other collateral damage.  There are a number of people and groups advocating for an end to the drug war.  Scientists have argued that continuing to criminalize drugs is having an ongoing negative effect on their ability to do meaningful research.  And it has been said that approximately 700,000 people are arrested each year alone for marijuana.  But, despite the nation’s changing views on criminalization of drugs (and especially of marijuana), the “rightness-or-wrongness” of the war on drugs is outside the scope of this article.  This article is about what to do if you’ve been arrested for a drug charge.

How do the Drug Laws Work in Florida?

In Florida, at the moment, has a table of “schedules” identifying all the controlled substances that are considered contraband, which can be found at Florida Statutes section 893.03.  There are countless chemical compounds and drugs listed.  Florida Statutes section 893.13(1)(a), in turn, says that unless you’re a medical professional or are otherwise allowed to handle drugs:

Penalties for Possession or Trafficking Illegal Drugs in Florida

The penalties for possessing, possessing with intent to sell, selling, or trafficking drugs vary wildly depending on the situation.  Possession of less than 20 grams of marijuana is a misdemeanor, and possessing 20 grams or more of marijuana or simple possession of most hard drugs (cocaine, methamphetamines, heroin, etc.) is typically a third-degree felony.  Typically, possession with intent to sell (or selling) is a second-degree felony, unless another enhancement factor exists, like selling near a school or daycare facility or church, which would bump it up to a first-degree felony.

“Trafficking” in drugs is another story altogether.  In order to prove that someone is “trafficking” in drugs, the government doesn’t need to prove that they were actually selling or distributing the drugs.  It is simply a matter of showing that a person possessed a certain amount of weight.  So, for example, section 893.135 establishes that trafficking in most drugs is a first-degree felony, and then sets forth a scheme by which possession of certain amounts of weight of various drugs will result in a minimum mandatory sentence of typically 3, 7, 15, or 25 years, depending on the type of drug and amount possessed.

In addition to having a disparate and devastating impact on communities of color in the United States, drug convictions are also unfairly stigmatizing to any person who is in jeopardy of a conviction.  Drug convictions make it significantly harder to join the military, pass a background check for an employer, and they disqualify people from receiving financial aid for college.  Even more mind-boggling, any drug conviction (even misdemeanor marijuana) will be reported to the DMV and your license will be suspended for a year.  Even thought it makes little or no sense, this is the current state of things.

Common defenses in drug cases include the notion that the drugs were possessed in connection with a valid prescription.  With the establishment of medical marijuana in Florida, this defense is becoming more and more common (in addition to the notion that many opioid-type drugs are often prescribed).  In addition to prescriptions, medical necessity, voluntary intoxication, and entrapment are often used as defenses (although the entrapment defense is notoriously difficult to prevail on).

The corpus delicti rule sometimes provides avenues for the defense in these sorts of cases, as well.  And, in a trafficking case, there is always the defense that the amount of weight was not sufficient to charge anything beyond simple possession.  There are also often search-and-seizure related defenses to these cases, depending on how law enforcement got ahold of the evidence in the first place.  For example, the police often pull people over in potentially pretextual traffic stops, such as stops for allegedly “following too closely,” in order to develop investigations that sometimes lead to these sorts of charges. But this sort of thing always is evaluated on a case-by-case basis.

So if you are charged with a drug crime, you need a strong, compassionate, knowledgeable advocate by your side.  The Weisman Law Firm handles drug charges for people accused of crimes.  The founders had the sense to establish the constitutional principles that we’re all presumed innocent until proven guilty, the burden is on the state to prove a person’s guilt beyond a reasonable doubt, and that any person accused of a crime is guaranteed effective representation.  If you, a friend, or a loved one has been accused of a crime like this, feel free to contact The Weisman Law Firm for a free, confidential consultation.