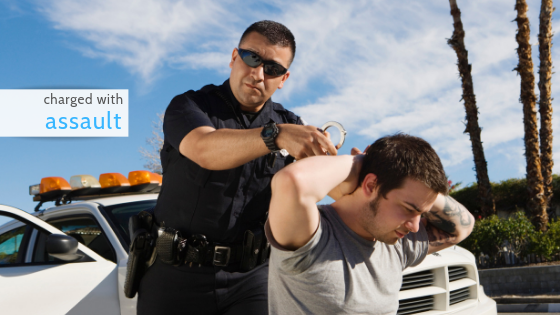 Assault basically means doing or saying something to create reasonable fear on someone else’s part that they’re in danger of imminent violence.  It is a misdemeanor, unless it is accompanied by an enhancement.  According to Florida Statutes section 784.011:

An “assault” is an intentional, unlawful threat by word or act to do violence to the person of another, coupled with an apparent ability to do so, and doing some act which creates a well-founded fear in such other person that such violence is imminent.

Defenses to an assault charge can typically include self-defense or a claim that the alleged victim was not in fear, or that the fear was not reasonable, or that the perceived harm was not truly imminent.

There are certain things the state can allege that may enhance the severity of punishment for an assault charge, including whether the accused wielded a weapon or firearm.

In any event, The Weisman Law Firm handles assault charges for people accused of crimes.  The founders had the sense to establish the constitutional principles that we’re all presumed innocent until proven guilty, the burden is on the state to prove a person’s guilt beyond a reasonable doubt, and that any person accused of a crime is guaranteed effective representation.  If you, a friend, or a loved one has been accused of a crime like this, feel free to contact The Weisman Law Firm for a free, confidential consultation.