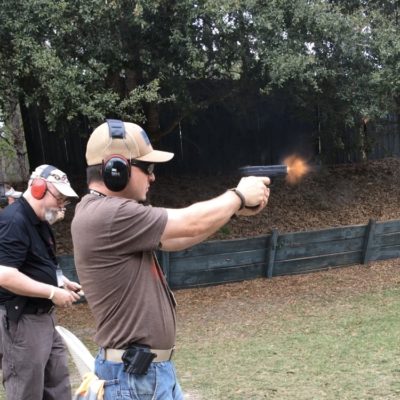 A number of recent events (and some changes in the law) have left a lot of us with more questions than ever about the law of self defense and Florida’s so-called “Stand Your Ground” law.  There is a lot of confusion about this, so I’m going to attempt to go over the basics here by way of this PSA-type article.  Read on if you’d like to get a sense of the lay of the land in every-day language with some examples of what scenarios were ruled legitimate self-defense and what weren’t.

The phrase “stand your ground” comes from a provision in Florida Statutes section 776.012(2), which reads as follows:

This law was originally passed in 2005.  Before that, people who were confronted with a violent situation in a public place generally had a duty to retreat before being able to lawfully use deadly force.  In other words, for a shooting in public to be a legitimate self-defense shooting, the shooter might be subject to prosecution if they couldn’t show that they made a good faith effort to retreat before shooting the would-be attacker.  This law presented a big change to the legal landscape of shootings in which self defense was claimed.

The basic components are that for the use of deadly force in public to be justified under Florida’s self defense laws, the person using deadly force:

It’s not enough for the person to say “well, I genuinely believed that the other guy was going to attack me.”  The question is whether a reasonable person, standing in the shooter’s shoes and knowing what the shooter knew at the time, would have reasonably believed that the shooting was necessary.  You may personally think your perception of the situation was reasonable, but at the end of the day someone else will get to decide whether you were acting reasonably or not.

So, in one case, a lady shot her husband and later testified that she was afraid that he was reaching for a firearm when she shot him, and that he had previously committed acts of domestic violence against her while drunk and that he had recently resumed drinking.  This was ruled self defense.  But in another case, a son stabbed his father with a knife and then claimed self defense, but when it was revealed that the father had been wielding a small stick, it was determined that the son could not have reasonably thought he was in danger of imminent death or great bodily harm, so it was ruled not to be a valid self defense case under this law.  In a third case, when a guy went into his house and got a knife and then came back outside and stabbed the victim, it was ruled not to be a valid case under Stand Your Ground.  And in a fourth case, when one motorist stopped in the roadway and got out of his car and approached the people in the car behind him (a fairly common scenario that probably all of us have seen at one time or another), that was not sufficient justification to warrant a Stand Your Ground defense.  In other words, keep a cool head in traffic!  Just because someone “gets out” on you doesn’t mean you can shoot him.

Florida’s Stand Your Ground law is often confused with the more traditional self-defense law, and is certainly controversial, especially in light of a recent court decision extending its protections to the police as well.  And, as with many things, the only constant thing to expect is change.